Football gets its Hawkeye

This week, football’s new video assessment system reaches cup competitions in England. Will we learn from experiences in other sports?
Technology was accepted for lines-calls in tennis some years ago. It has also been introduced into cricket, and Rugby (both codes). LWD followed the emergence of Hawkeye in tennis, and one post has been studied as a business leadership case.
The changes were mostly accepted, perhaps grudgingly from those with a yearning for the romance of earlier days. Football now seems likely to follow a similar trajectory of initial controversy followed by eventual acceptance. There will almost certainly be learning from experience.
The new football system has been tested in Italy for around a hundred matches. It seems that the video referee is called into action in about 25% of matches. This is in contrast to the approach followed by rugby, when the hold-ups are incessant, and where referees are now conditioned to check every possible infringement,or point-scoring opportunity.
Tennis and cricket have opted for a limited number of player appeals. The approaches has been linked to spectator involvement following the game on large viewing screens, and rather naff graphics in cricket.
The problem I see is a concern by official bodies to obtain the ‘technically correct’ decision. This may be influenced by the financial swings hanging on a single decision.  In tennis, this means the evidence for a ball being hit in (including on) the line, or outside the line. The technology tends to be trusted to a precision that is not possible for the human eye of even the best umpires. A similar state of affairs holds in cricket where the technology reveals the slightest of contact with ball on bat, which would influence a decision for caught or LBW (out for the ball striking the player’s pads according to complex rules known as leg before wicket).
The current systems reduce uncertainties of human error to plausible ‘right or wrong’ decisions.  We are not quite at the limits of uncertainty according to the scientific principle formulated by Heisenberg, but not precise enough to make practical debate futile.
A better way?
There is a modification to this approach which seems better to me. The technology could be used to avoid obvious errors, rather than resolve minuscule quibbles over the slightest of touches of a ball on a bat, or whether  a ball has gone beyond the line (of a football or tennis playing area , or marginally forward in a passing sequence in rugby (one of the game’s delights cut short too often at present.)
Will the new system being introduced resolve controversy about decisions by the officials? Not according to one Italian expert describing their footballing experience. Are the fans happy? Only if the decision is in their team’s favour, he replied with a sigh.

Premiership wins a license to print money, but who profits? 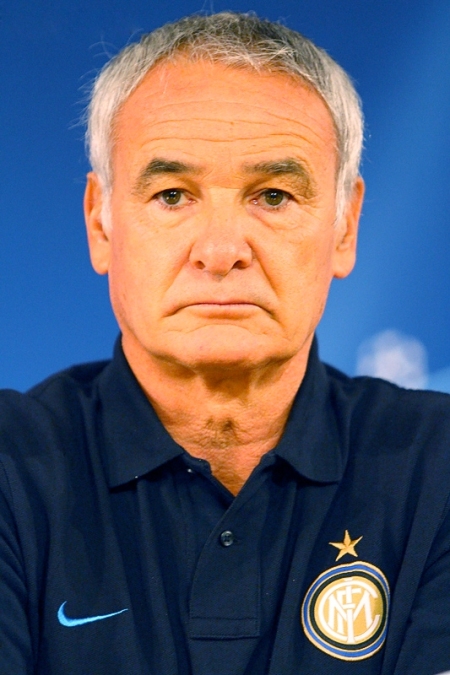 While international success continues to elude English football clubs, its Premiership has acquired a license to print money. But who profits from it?

Next month, the European Football Championships begins.  Of the so-called home nations, England, Northern Ireland, The Republic of Ireland, and Wales have all qualified. Scotland, riding high politically in its efforts to make a break with the rest of the United Kingdom, continue the Brexit process by making a break from qualifying this time around.

In a league of its own

But financially as well as literally, England is in a league of its own. The Premiership continues to strengthen its economic prospects. This is rather strange, as its success is not matched by the performance of its international team, or of its Premiership big hitters. In recent years these have been Manchester United, joined by billionaire backed Chelsea, together with the Mancunian noisy neighbours City, and the well-heeled Gunners of Arsenal.

Even the iron rule of ‘big bucks rule’ broke down this season, with the thousand to one outsiders of Leicester winning the premiership. [Manager Claudio Ranieri pictured above.]

What is happening? Where will it all end?

Deloitte, a financial organization, takes a favourable view. The future is bright.

This is based on financial projections. As another commentator remarked,

Football is the global sport.  Interest is still growing. The Premiership is the hottest football franchise of all, with huge TV rights, sponsorship, and is increasingly attractive to all vut a few of the the top players.

As with the current EU debate, the argument could be contested, but it carries some weight. Football Premiership style is fast and exciting. It is also technically rather flaky, and more physically demanding than other top leagues such as those in Spain and Germany.  The recent results in the top team competition, The Champions League, confirm this point.

On the leadership front, the general position is that top clubs seek out the top international coaches.  Manchester City has moved to obtain Pep Guadiola to add the final piece to the jigsaw puzzle to become world beaters.

The response from Manchester United was to hire the self-styled special one Jose Mourinho to nullify any competitive advantage.

A great coach might be a necessary ingredient for success. Necessary but not sufficient.  And a coach may achieve great results with fewer resources than the competition.  Jurgen Klopp (now galvanizing Liverpool, and Mourinho started his rise to fame that way, as did Brian Clough a generation earlier, and arguably the great Sir Alex Ferguson, whose shadow Jose now has to step away from. Such a coach will attract and retain the key match winning players also needed.

Steve Cram: “We appoint the leaders we deserve”

Nearly ten years ago, the first Leaders We Deserve post was published. Steve Cram suggests its relevance to the current problems of international sporting institutions

Hours after the monumental Press Conference and publication of WADA’s report [9 October 2015] Steve Cram gave his views on the crisis in sports management globally. He was asked why the whole situation had been allowed to go on unchecked. He replied that he was over fifty years old and had been living with drug doping since he was a young (and world-beating) athlete. We are all involved, he added. Media, athletes, administrators … we appointed them, we get the leaders we deserve.

Steve Cram gave a video interview [10 October 2015] in which he elaborated on his earlier remarks:

Cram says “we are all to blame” for allowing people “not up to scratch” to get into powerful positions in world sport, but believes that IAAF president Lord Coe is the man to enact change within athletics.

For those interested, the ABOUT box on our home page traces the conversations with subscribers since the blog started in 2016 and introduces its basic ideas:

The concept behind the Blog’s title is that leadership can be treated as a social concept. We create our leaders, and to some degree build them up and destroy them. In that sense, we are responsible for the influence that leaders exercise over the rest of us. If we understand more about this, we may better understand and mediate the behaviour of leaders (In very early discussion thread, someone rightly pointed out the importance of clarifying ‘who are the ‘we’ in all this).

My previous studies had been mainly of business leaders, but I could see how there could be some similarities, and some differences, in the leadership stories in other fields, such as politics, military and sporting endeavours.

IAAF upstages FIFA as a case study of leadership challenges

Move over FIFA, make way for the IAAF, which braced itself on Monday [9 November 2015] for an explosive independent report set up by the World Anti-Doping Agency (WADA)

END_OF_DOCUMENT_TOKEN_TO_BE_REPLACED

This week two leaders and their possible successors were tested. Alistair Cook opened the batting for England in Cardiff, and David Cameron started for the Government at Westminster

Here are my notes made at the time, [8th July 2015] which have been slightly edited for clarity purposes.

END_OF_DOCUMENT_TOKEN_TO_BE_REPLACED

It is not difficult to come up with an explanation for Boycott’s remarks. Since retiring from Cricket, he has become a successful commentator known for his portrayal of a stereotype forthright Yorkshire man, never slow to articulate his opinions on the stupidity of others who might be tempted to offer alternative views.

This is probably a matter of calculated style, honed on the sports after-dinner circuit, where a certain kind of blokeish humour is almost obligatory. The exceptions are those with the languidness of the privileged classes who dominate Cricket’s elite, and who remain among Geoffrey’s bitterest targets for scorn and abuse.

I don’t think Boycott chooses a target just in order to be controversial. He is often making an intelligent point in his well-crafted remarks. He is more than intelligent enough to realize that he himself is now patronized in a tokenistic and school-boyish way by his fellow-commentators who tend to refer to him as ‘Sir’ Geoffrey.

Geoffrey Boycott broke countless records as an England opening batsman. His self-obsession also explains why is ranked among the most inept of captains, although there is much competition for that title.

As a batsman, Boycott was seen as a consummate accumulator of runs, placing his own average above any other consideration. He was tolerated by players and public rather than liked, grudgingly accepted for the occasions when his self-obsession worked to the team’s advantage.

Unsurprisingly, Boycott thought he would make a jolly good captain of the England cricket team, better than the public school oiks who always got the nod over him. Unfortunately, the temperament that helped him accumulate all those runs did not serve him well as captain.

In the run-up to the Superbowl, New England Patriots stand accused of ball tampering. Cricket followers are also all too aware of the catalogue of dastardly tricks to claim a competitive advantage

American Football is shaken to the core by the discovery that match balls during a National Football League Game appeared to have been tampered with.

Shock horror. Accusations are made that The New England Patriots had deliberate deflated the balls. This gives more grip for a star quarterback like Tom Brady to make a winning throw. Cries of Deflate Gate are heard, followed by denials of wrong-doing from Robert Kraft, owner of the Patriot, Coach Belickick and players.

On hearing the news, my first thought was the parallel with that most traditional sport of Cricket. Tales of ball-tampering to gain an advantage have periodically outraged the authorities, as bowlers are caught out doctoring the ball. “It’s not Cricket” is a cry which is used in England as a cultural short-hand for cheating in any walk of life. Playing cricket embodies a set of ancient and noble amateur values that are even more fiercely guarded as professionalism invades the sport.

The dilemma might be expressed as this: cheating in professional sport is unacceptable but necessary.

Staying with cricket, I can remember the various ways, some creative some crude, in which the bowler helps the cricket ball to spin, swerve, bounce so as to deceive the batsman. The captain of the England cricket team is regarded as the epitome of fair play, but one struggled once in recent times with accusations that he had led his team into play with a pocketful of dirt to scuff up the ball.

Obviously it matters to those outraged or ostracized by a cheating scandal. And beyond the often pompous and self-righteous outbursts lurkc a cultural truth. Sport embodies ancient values of honestly and fairness that are tested by equally ancient human needs to win at all costs.

In my research, I found the splendid image of W G Grace, an early heroic figure and superstar shown above. Gloucestershire archives tell of his blatant bad sportsmanship which seems to have been condoned.

See also the continued story of the NFL deflategate as Sunday’s Superbowl approaches.

Leaders We Deserve
Blog at WordPress.com.