Is Sepp Blatter a Machiavellian Leader?

One journalist who has followed his career believes so. In a BBC radio broadcast [29th May, 2015] he related an interview he held in which Blatter had pointed to his ‘poisoned box’ , a filing cabinet of information that would protect him from enemies who attempted to dislodge him.

It brought to my mind the strategies of ‘Comrade Card Index’ Stalin, and the monstrous efforts of other dictatorial regimes to collect information as a matter of self-preservation.

Other commentators  have borrowed the Machiavellian tag in an attempt to understand Blatter’s success in retaining his high office in FIFA for two decades.

This of itself is not evidence that Blatter is the heir to Machiavelli. After all, Machiavelli was adviser to those in power on survival strategies (rather than being himself one of those who had gained power through following his principles).  Also, for his guile Machiavelli did not succeed in retaining his own position, and suffered lengthy periods of imprisonment as a consequence.

In the UK, the political advisers to Tony Blair’s leadership were unashamed students of Machiavelli, advocating the practice of a modernized Machiavellian approach to politics.

Tyrants of the boardroom

Perhaps a closer analogy is to those ‘tyrants of the boardroom’ described by Jeff Schubert who likened many powerful business leaders to all-powerful dictators such as Stalin, and Gaddafi

FIFA is now fighting corruption allegations associated with ‘irregularities’ in the award of the 2018 and 2022 World Cups to Russia and Qatar.

Nine Fifa officials and four executives of sports management companies have been arrested on suspicion of receiving bribes totalling $100m (£65m), according to the US Department of Justice.

The Guardian was among the print media reporting on the incident:

“More than a dozen plain-clothed officers descended on the five-star Baur au Lac hotel on Wednesday [May 28th, 2015], where officials had gathered for Fifa’s annual meeting.

The arrests were made on behalf of US authorities, after an FBI investigation that has been under way for at least three years. The US Department of Justice said authorities had charged 14 officials, nine of whom are current or former Fifa executives. Those arrested in Zurich face extradition to the US.

‘They were expected to uphold the rules that keep soccer honest. Instead they corrupted the business of worldwide soccer to serve their interests and enrich themselves,” said the US attorney general, Loretta Lynch, at a news conference in New York. “They did this over and over, year after year, tournament after tournament.’ Events tainted by corruption included the award of the 2010 World Cup to South Africa and the 2011 Fifa presidential election, she said.”

Blatter questioned the timing of the Wednesday’s arrests of current and former FIFA members – suggesting the raids were carried out in order to influence the presidential vote.

Here is a leader struggling for credibility, out of touch with reality and in love with his own image; Narcissism personified.

Sepp Blatter remains a figure of controversy. What gives him leadership power?

Sepp Blatter remains a powerful figure as President of the FIFA organisation, resisting attempts to persuade him to step down after mounting allegations of incompetence or worse

The most recent controversy [December, 2014] concerns the resignation of Michael Garcia, the author of a report into the selection of the venues for the 2018 and 2022 World Cup Finals which FIFA is procrastinating over publishing.

Allegations of vote rigging and bribing

There are accusations that the selection of venue for the 2018 and 2022 World Cup Finals were unfair – allegations of vote rigging and bribing were reported by the BBC in 2010 when Russia was awarded the 2018 finals; Forbes are amongst credible sources echoing similar concerns about the successful Qatar 2018 bid.

The selection of Qatar for the 2018 finals appears even more confusing, given that traditionally the World Cup Finals are held in summer – in Qatar the summer temperatures would expose teams to temperatures of more than 40c – even today’s highly conditioned footballers cannot expect to excel for 90 minutes in that heat.

Then there is the deeper analysis of how FIFA are attempting to correct the situation – prompting closer inspection of Sepp Blatter’s tenure as President of the FIFA organisation.

What gives Blatter his leadership power?

I recently redrafted the chapter on power for the next edition of textbook Dilemmas of Leadership. The subject has been studied particularly as a way of understanding prime examples of apparent all-powerful leaders, including tyrannical CEOs and political dictators. The handbook of power remains Machiavelli’s The Prince with its chilling messages of resisting the overthrow of the powerful by their enemies.

What next for FIFA?

The BBC report cited above suggested that Fifa’s image is truly at an all-time low, and that reform can’t occur until there’s a change of leadership. Mr Blatter remains clear that he intends to stand for election in May [2015], and will seek a fifth term of office, at the age of 78.

“Wakra Wakra” (This Time for Qatar), by Wissam Abbas 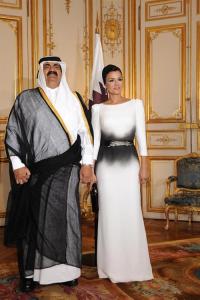 “Wakra Wakra (This Time for Qatar)” That was the song that people in Qatar were singing on the corniche in Al Wakra which turned into a huge car parking lot as FIFA announced that the State of Qatar’s 2022 FIFA World Cup bid had been successful.

FIFA’s decision has spun controversies and mixed emotions across the world, especially in the Middle East and Arab states

For the first time in its history, the World Cup will be held in the Middle East, in the State of Qatar, a small nation with a population of 1.7 million, most of whom (around 80%) are foreigners [2010]. The decision taken by FIFA on December 2nd [2010] favored the gas-rich country over the US, S. Korea, Japan, and Australia. Its growth stands at 9% (despite the recent global financial crisis), its budget surplus, its success in organizing earlier events (the 2006 Asian Games).

“We go to new lands”

“For 2018 and 2022 we go to new lands, because the FIFA World Cup has never been in Eastern Europe or the Middle East” That was FIFA’s President Joseph (Sepp) Blatter’s statement during the media conference that followed the announcement of the bid winners. Indeed, the football tournament has never been held in the Middle East, CNN’s James Montague explains more about Qatar’s practical efforts to win the bid in his article “Qatar: From obscure desert kingdom to World Cup host”, where he lays out some unique aspects of their approach, for example bringing Pele and Maradona on a stage where they shook hands to the surprise of all football fans worldwide. He also comments on the economic progress of the country since H.H. Sheikh Hamad came to power [1995]

In contrast, The Telegraph’s Richard Spencer article “Are Qatar and the World Cup ready for each other?” sheds light on to the controversies that arise from selecting a Middle Eastern country to host this tournament. Alcohol bans in a Muslim country, the relationship with Israel, the fact that none of the stadiums is ready, and the country’s desert climate all could be mentioned, although except for the climate, all other concerns are shared by the Middle Eastern countries, although from a different angle.

Qatar’s transformation began in 1995 after H.H. Sheikh Hamad bin Khalifa took over power from his father in a quiet coup d’état. Since then, he has lead the country’s transformation from a small economy into the world’s second per capita in gross domestic product, and from a state that was egarded as a follower of Saudi Arabia’s lead, to a regional power wishing to present a itself as a moderator and a balancing power in regional conflicts: between the east and the west: between the Arab States and Israel: between Iran and the GCC countries: and between rival parties inside Sudan and inside Lebanon. This new approach to decades long conflicts in the region has created controversy. For example, despite the fact that there is no peace treaty between Israel and Qatar, Israel opened a trade office in Qatar in 1996. Whereas this step might have caused Qatar to be excommunicated from the GCC and the Arab League, you see the State of Qatar providing refuge and support to the Palestinians – the other side of the Arab-Israeli conflict.

Behind every successful man, there is a great woman

Hamad bin Khalifa lead the change in his country’s economy and politics, but it is his wife, Sheikha Mozah who could be said to be changing the country’s culture. She is re-shaping how the world views the role of women in the GCC countries, and re-defining how women are presenting themselves in her society. A fashionable, educated, well-spoken woman who successfully combines Eastern conservative values and is a globally respected figure on Forbes list of the 100 most powerful women worldwide.

The Sheikh and Sheikha’s leadership raises controversies regarding their approach to achieve their global ambitions for Qatar. On one hand they try to stay true to their cultural values and to the country’s natural environment and deep Muslim roots. On the other hand, they try to keep things in balance by also being a good friend to the west, to Iran, to Israel, and Arab countries at the same time.