Border Crossings: Brodie Clark and Rob Whiteman add their stories to that of Theresa May 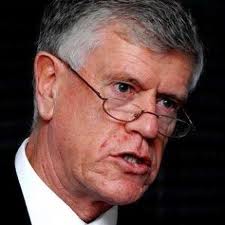 Brodie Clark and his manager Rob Whiteman of the Border Authority appear before the House of Commons Home Affairs Select Committee. Clark resigned his post after being suspended in order to be able to testify openly to the committee. His suspension followed severe criticism from Home Secretary Theresa May. The conflicting testimonies promises future political dramas

The story is difficult to capture in one post. The context is covered in The Guardian which portrays the Home Secretary as under political threat.

In the same newspaper, a detailed account of the Select Committee proceedings today [Nov 15th 2011] and further background to the case can be found in Andrew Sparrow’s blog.

The story is of interest for its insights into leadership dilemmas and behaviours.

My notes at the time:

I followed the entire session as it was transmitted by the BBC. I did not intend to do that, but it was gripping viewing, and quickly sent me scrambling for my lap top computer. My initial notes are reproduced, with additional comments [in parentheses]

BC [Brodie Clark] is convincing and considered in his responses. Assertion he is ‘no rogue officer’ Powerful. Indicates ‘a possible conflation‘ [mixing up two distinct entities) between a Pilot and ‘Custom and practice [of the Pilot trial supported by Home Secretary Theresa May, and established procedures in a 2007 operational document].
Rob Whiteman’s evidence started rather badly. Seemed unwilling to supply a key memo to committee [ He] Believed info had to be sent to an on-going investigation. Committee not pleased. RW concedes only to check if it’s OK before complying. Chair [Keith Vas] makes the committee’s powers to order compliance clearer.
Main focus [of testimony] at start [is] the 24 hours when RW met and next day [when he] suspended BC.

Says ‘Suspension is a neutral act…’ [but was it common…for someone 5 weeks in post?]

Says the suspension was ‘normal’ [later repeating] ‘in organizations’.

His statement less convincing for me. Why? Insistent that he made the right decisions.

Vas ends session asking for more transparency [than the committee had obtained from the Agency chiefs in the past].
RW said he [wanted to and ] would be transparent.

The notes above help me keep my reflections more aligned with initial observations [good for transparency?].

The committee now has to consider the testimonies and explore them for credibility. Beyond the rationality of the arguments is the impression made by the two main protagonists.

Two elements within Mr Whiteman’s testimony made an impression on me. He found it difficult to accept an invitation to acknowledge Mr Clark’s distinguished career. Secondly, his explanation of the manner of his suspension of Brodie Clark did not stack up with my experience of studying organizations over a lengthy period. His statement that the procedure was ‘normal in organizations’ cried out for a follow-up question. It was far from normal leadership behaviour in the hundreds of organisations with which I am familiar.

The wider story has the makings of a political soap. Meryl Streep, of course, would make a very suitable Theresa May.

I’m still working on the other leading players…

Leaders we Deserve: On Becoming a King

Art reflects life. Hints from great actors like Meryl Streep and Antony Sher help us understand how a leader creates a role in the eyes of their audience.

One regular contributor is Jeff Schubert, who recently sent news of the king-making process (to be precise, it was queen-making). Jeff, reporting an LA Times account, writes:

Meryl Streep loves to tell the story about how one learns to be king.
It dates to her days at Yale Drama School, when the instructor asked
the students how to portray a monarch. “And everybody said, ‘Oh you are assertive,’ and people would say, ‘Oh you speak in a slightly
deeper voice.’ And the teacher said, ‘Wrong. The way to be king is to have everybody in the room quiet when you come in.’ The atmosphere
changes. It’s all up to everybody else to make you king.

I thought that was really powerful information. It’s “up to everybody else” to make you “dictator” – the leader you Deserve.

Year of the king

Jeff’s story brought to mind another on king-making (suggested to me some while ago by anothe Leaders we deserve contributor Susan Moger). It concerns Antony Sher and his magnificent account of the Royal Shakespeare Company’s production of Richard the 3rd in the book The Year of the King . The entire book is worth studying my anyone interested in drama or leadership (are they all that far apart?)

Sher shows that playing the king is not a simple matter of moving from reality to acting. It is a creating of a new kind of reality. A great read.

I don’t think it’s simply a case of leaders being created by other people. We still need to know what it is about the leaders we (help) create which makes them special.

Maybe Meryl Streep’s teacher explains partly what happens when someone walks into a room and achieves high impact in doing so. That’s important in understanding the notion of charisma in as much as might be related to the notion of on-stage presence.

The anecdote about Yale drama school hints at how some of the behaviours of leaders have been observed, and how ‘schooling’ can help develop the same kind on presence on-stage. How, more specifically to make a decent impact on an audience

The anatomy of a high-impact entry

I suspect we need to think carefully about high-impact entry of someone arriving on stage, or entering a room. One situation would be the entry of a complete stranger to those in the room (whom we might want to think of as an audience). The arrival of a mysterious stranger is one of the elements of dramatic action. In contrast, there is the impact of someone with a reputation which accompanies him or her, for better or for worse, when they enter into the room, or arrive on stage (every child is already schooled to boo and hiss the Pantomime villain, and cheer the hero and heroine).

The lure of the marketing promise

We may not believe ourselves to be natural leaders, but many of us are still willing to buy the idea that products help us make that high-impact entry. In the factory we make perfume, as someone said, but in the store we sell hope.