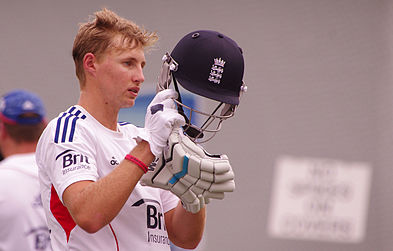 This week, England announced Joe Root as the new cricket captain. Hours after the appointment the question was raised. Will he have to change his behaviour from being ‘just one of the boys?’

To avoid accusations of gender-blindness, I will note that the general question is whether anyone from within a group has to change behaviour on becoming the group’s appointed leader, regardless of gender

The question applies to any leader who has not been ‘parachuted in’ to a position. As I thought about , I realised I am not sure whether most leaders are insiders or outsiders [I don’t know of any statistics, and informed suggestions are welcomed].

Tribal succession has always passed on leadership to the recognised successor. When that is in dispute, claimants (‘pretenders’) have to sort out who gets the top job. It is a process that can lead to the bloodiest of conflicts.

In these enlightened times of rational management, succession planning is guided by experts in the field, and is followed by results that are sometimes bad, sometimes not so bad.

Within hours, the appointment was hailed as the inevitable one, with Joe Root being ‘a born leader’according to Yorkshire director of cricket Martyn Moxon.

Root, 26, takes over from Alastair Cook despite having led in only four first-class matches – three for Yorkshire and one for England Lions.

“He has always studied the game and different tactics throughout his career,” Moxon told BBC Radio 5 live.

“It’s not something that he is going to have to learn before his first Test. I’m sure he will do a good job.”

This harks back to a fifty-year-old angels on a pinhead debate on whether leaders are born or made. After a lot of huffing and puffing, discussion has died down. There is a consensus that leaders who are appointed have no ‘necessary and sufficient’ characteristics, and that various patterns of effective leader behaviors suggest a mix of inherited and acquired (situational) traits.

On the other hand

Within hours, discussion began on whether Root’s chirpy young man style would be appropriate for the job as captain.

A subtler point was whether the team’s best batsman should be entrusted the captain’s job. Examples were for found of appointments which were followed by a higher rate of accumulation of runs per innings, sometimes by a lower one. To my surprise, the stats show that the majority of England captains performed better after receiving the captaincy. [Yes, I leave the deeper analysis of this to my readers]

On balance, the issue of leadership style seems a minor consideration. Captains in recent decades have varied from the introverted and predictable (Hussain, Atherton, and arguably Cook) to the impulsive (Petersen) and the obsessive (Boycott).

It will be interesting to see what reports leak out about Cook’s leadership style as England’s cricket fortunes ebb and flow, as they probably will over the next few years of his captaincy. (Unlike football managers, England Cricket captains with one or two exceptions have been given a ‘decent innings’ before being retired.

This week two leaders and their possible successors were tested. Alistair Cook opened the batting for England in Cardiff, and David Cameron started for the Government at Westminster

Here are my notes made at the time, [8th July 2015] which have been slightly edited for clarity purposes.