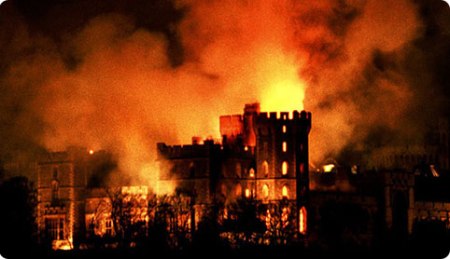 Most writers find starting and finishing a book difficult, although the bit in the middle can be quite difficult as well. I recently had some advice from HRH Queen Elizabeth II

When Mourinho Matters was published in February 2016 I acknowledged the help I received from the Queen. This post explains how the Monarch helped one of her loyal subjects in Woodford, in middle England.

Some years ago, I reached the conclusion that Jose Mourinho was a fascinating example of a charismatic leader. I began collecting information, and posting stories about him in LWD. His multiple triumphs were recorded from the time he burst on to the scene as a young manager winning the European Champions Cup with unfashionable Porto.

Last November [2015] I could see that Jose’s second period at Chelsea manager was drawing to a humiliating close.

I re-opened my files on The Special One, as materials for a book. The title was easy enough, Mourinho Matters, suggested by an earlier title, Tennis Matters. No, I can’t remember where that idea came from either.

The material for the new book came in thick and fast. But I needed a nice way of starting and ending it. Nothing quite worked. I was well and truly blocked. I just had to wait for an idea to arrive.

Then I  heard the 2015 Christmas message from the Queen. Her calm measured delivery concealed a powerful emotional content of hope. Never one to miss content, I added a note on the speech to the Mourinho file.

An ‘aha’ moment came as I recalled another speech made, and the Queen’s reference in it to a time of personal grief, which ended in a great fire at Windsor Castle. In a very elegant way, she mentioned her own very painful annus horribilis. The time of dread.

That was an allusion to the poem written four centuries earlier by the poet John Dryden. He was writing about a great fire that had gutted London in devastating fashion. Dryden did not refer to the annus horribilis, but to the time of recovery, the annus mirabilis. the year of miracles. Maybe he figured that folk had had enough suffering without him adding fuel to the fire of memories, so to speak.

I had found my starting and finishing points. Jose’s professional career in my book starts with a section called his annus mirabilis. And give or take a few appended materials, it draws to an end with one called his annus horribilis, as a helicopter hovers over Chelsea’s training premises, hoping for a sighting of the newly-fired Mourino.

Down but not out

The quotes also helped me to realize that Jose was down but not out. As that other superhero played by Arnie Swartzenenger in The Terminator put it: