Leaders We Deserve subscribers are invited to view and use a presentation on Developing Global Leaders, which is trending at the moment on slideshare

The presentation by LWD founder and editor Tudor Rickards suggests that Global Leadership is increasingly concerned with dealing creatively with complex business dilemmas. The presentation was produced to accompany the textbook Dilemmas of Leadership. 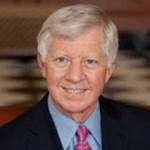 Professor Bill George suggests that a new era for global leadership is developing which requires greater focus on emotional intelligence, self-awareness, and empowerment. We examine and test his ideas as published in Harvard Business Review and compare them with experiences from a major exercise developing such leaders within the Manchester Business School’s executive programme.

Synopsis of the article:

Too many multinational still concentrate vital decisions in the hands of a small group of trusted leaders from their home country. They rarely promote [local staff] Instead, they groom future global leaders from the headquarters. In order to adapt to local cultures and market needs, companies must shift to decentralized, collaborative decision-making. That requires developing many leaders capable of working anywhere. Rather than concentrating on the top 50 leaders, global companies need to develop hundreds, even thousands, of leaders comfortable operating in a variety of cultures. Developing such leaders with cultural sensitivities and collaborative skills requires greater focus on emotional intelligence, self-awareness, and empowerment than on traditional management skills.

Atlanta-based Coca-Cola is one such pioneer in geographic diversity. Since the 1960s Coca-Cola has had South African, Cuban, Australian, Irish and its current Turkish-American CEO Muhtar Kent.

Over the past decade, Nestle and Novartis have made dramatic shifts from Swiss-dominated boards and executive leadership to a diverse set of nationalities.

Samuel Palmisano reorganized IBM into an “integrated global enterprise” based on leading by values and collaboration, using special bonuses to empower leaders. Its former chief learning officer recently estimated that the company will need 50,000 leaders in the future.

Unilever has undertaken a major initiative to develop 500 global leaders in intensive leadership development programs to prepare them for expanded roles. According to CEO Paul Polman, “Unilever’s Leadership Development Programme prepares our future leaders for an increasingly volatile and uncertain world where the only true differentiation is the quality of leadership.”
Such global roles require experience working and living in multiple countries. German chemical maker Henkel insists its executives live in at least two different countries before being considered for promotion.

Developing global leaders necessitates a shift focusing on helping leaders increase their self-awareness, emotional intelligence, and resilience. It’s not [even] enough just to work overseas. To process and learn from their experiences, individuals should utilize introspective practices like journaling, meditation or prayer, and develop support networks of peers. There they can consult confidentially with people they trust about important decisions and have honest conversations about their dilemmas, mistakes, and challenges. These methods are still in their nascent phase, but there is little doubt that they will have a profound impact on developing global leaders in the years ahead.

The Global Events and Leadership module

The Global Events and Leadership module (GEL) introduces the Manchester Business School’s executive MBA programmes around the world. Its basic messages chime with those suggested by Bill George, and his Harvard colleague Teresa Amabile, studied as part of GEL.

It is worth noting that the point about the need for ‘tens of thousands of leaders’. This implies a major rethink in many corporate boardrooms on the nature of leadership and the further split between traditional modes of top-down cultures and structures.

GEL, like Bill George, emphasises the dilemmas of leadership through its course textbook, and its ‘learning through doing’ project-based workshops. global leadership is inherently a process
requiring what has been described as a Yes And approach to challenges. This involves an openness to change and a commitment to ‘authentic’ ethical values.

To an increasingly diverse and skilled group of associates dedicated to facilitating global leadership through exploration of its practices. 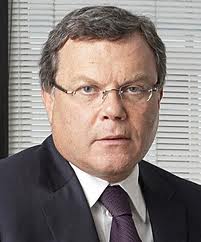 Sir Martin Sorrell has an impressive if sometimes controversial business career. His robust defense of his 70% pay rise captures his leadership style

Harvard educated Sir Martin Sorrell has been a candidate for a LWD leadership post for some while. He appeared on the radar screen again, as I caught the end of a BBC interview in which he justifies his most recent earnings rise of 70% last year.

His broadcast performance was consistent with that of an earlier interview [2009], suggesting a leader who was both tough and successful.

Sir Martin Sorrell is the chief executive of WPP, the company he founded in 1986, which is now the world’s largest group of advertising, marketing and communications companies. Widely regarded as one of the most important figures in his field, he recently joined Evan Davis on Radio 4’s business discussion programme The Bottom Line. He shared his vision about the future of advertising, the benefits of scale, why tough love means you sometimes have to bite the bullet and reduce your headcount, and how long the present financial crisis may last.

His 2009 predictions turned out to be rather refuted by events. However, that is largely true for other distinguished leaders in these turbulent times. There is an interesting parallel in his admiration of Rupert Murdoch with the comments made later by Tony Blair in his memoires. These endorsements of the tycoon’s achievements help us avoid the ‘hero to zero’ mentality which can be found in much of popular leadership narratives.

Furthermore, most pundits did not get close to anticipating the aftershocks of the credit crunch emerging in 2008.

Somebody like Rupert Murdoch understands that he’s not just in the TV business or the film business. He understands he’s in the communications business. Rather like Theodore Levitt used to talk about the buggy whip industry. They’re not in the horse and buggy industry. They’re in the transport industry. And when the railroads came in, they were threatened; but if you thought about it as being the transport industry, you won.
Rupert understands that. He’s in film, he’s in TV, he’s in outdoor sites in Russia. He’s spread his empire around the world.

“A recovery of sorts”

Sir Martin’s career has been hugely successful and his success has been rewarded with honours and wealth. He takes risks and cuts his losses when they occur. In the interview he also talked about ‘tough love’ and the benefits of ‘letting people go’ however painful the decision. (Although he didn’t seem too pained, it seemed to me).

The Daily Mail, a popularist tabloid newspaper, was unconvinced about Sir Martin’s case. In an article hostile to his lifestyle The Mail noted:

My pay is very low, moans advertising tycoon with a basic salary of £1 MILLION a year

Sir Martin, 66, said his bumper income, which rose by 83 per cent to £4.2million last year, was fully justified and was mostly linked to the firm’s performance. He added that he considered his basic salary, of just over £1million, to be ‘very low’.

The article also replicated much that can be found on wikipedia on juicy details of his high-profile divorce which has arguably contributed to his celebrity profile, albeit for non-business matters.

To the website Short Person’s Support for the image of Sir Martin. The site also offers the following quotable quote:

Elliott Handler founded Mattel which became a great and at times controversial business empire. The creation of the Barbie Doll concept has been attributed to his wife, Ruth, and was named after their own daughter

Elliot Handler lived a full and lengthy life before dying in July 2011 at the age of 95. His story is a fascinating one.

Away in a cradle

Mattel was started in a garage, that mythic cradle of entrpreneurship. The company website provides a time-line on its website from its foundation in 1945 to the year 2005 showing its rise to a global corporation. It shows highlights such as the ‘Birth of Barbie’, now an astonishingly well-preserved 52 year old. It also traces the acquisitions and mergers through which the company has grown.

Mattel Inc. incorporates Fisher Price, and produces a wide range of famous products such as Barbie dolls, Hot Wheels and Matchbox toys. The company name is derived from Harold “Matt” Matson and Elliot Handler. After the release of the Barbie doll, Mattel went on to revolutionize the toy industry with a range of innovations such as talking dolls and toys.

In the shadow of Barbie

Perhaps Elliot Handler will be remembered as living in the shadow of a fictional child. However, he was no mean inventor and entrepreneur. One of his successes was the product line Hot Wheels. The die cast range became a classic collectable. Elliot had pushed ahead when others showed little confidence in his concept.

Major successes in the 1960s propelled Mattel to its premier position as the number one toymaker in America. The triumphs were accompanied by several dark episodes.

Ruth Elliot had become President, and was mourned at her death as ‘Mom of Barbie’. By that time, Ruth had also been ousted from the company for financial wrongdoings, and Elliot had also been forced out off the board.

In 2002, outsourcing production to China led to a scandal involving lead contamination. The toys were recalled and public apologies made to the Chinese people. The episode anticipated the more recent strategies of companies such as BP and Toyota facing a hit to their corporate reputation.

What you will not find on the company website is much about the board room coup which ousted founder Elliot and his wife Ruth.

“Leadership” at Mattel is the ability to develop and communicate a compelling picture of the future that inspires and motivates others to take action. Leaders at Mattel align themselves with Mattel’s core values, exhibit leadership competencies and drive for success in our business strategies. In this way, we will work to achieve our vision, “Creating the Future of Play.” Every day as Mattel’s 30,000 employees worldwide strive to realize that vision, our leadership team is guiding the way.