Gaddafi was fooling some of the people all of the time

Col Mummar Gaddafi’s regime was facing the end as the opposition forces met unexpectedly light resistance to their entry into Tripoli. It seems he had been “fooling some of the people all of the time”.


Sunday [August 21st 2011] the news from Libya was of fierce fighting outside the capital Tripoli. By Monday morning local time, troops had advanced into Tripoli with only light resistance. An announcement was made that the Transitional National Council (TNC) would move within days to Tripoli to form a transitional government.

President Obama was reported as describing the events as a tipping point for Gaddafi’s regime. The term was repeated by other commentators. Perhaps it was. But it shows how much easier it is to recognise a tipping point in hindsight than in advance.

Fooling some of the people …

The tipping point also showed how Gaddafi had created a belief that his support in Tripoli was deep-rooted. It fooled many people including all the commentaries I had read. It was a view even held by the advancing forces according to one of their spokesmen. On one hand, Gaddafi’s statements had become more violent and irrational. Yet on the other hand he preserved the one big myth, of the strong support for his regime in Tripoli.

When a leader speaks, you will always have a chance to test their message. It is easy to dismiss a public speech as ‘just rhetoric’, or ‘only propaganda’. But taking such a bleak view blocks off any deeper reflection. The point always to be remembered is that the most convincing message contains a grain of truth. Most of us swallowed as truth the wrong grain. It was hard to believe his statement that he was successfully overcoming ‘NATO aggression’. But maybe, just maybe, the displays of public support were not entirely orchestrated…

overnight there was a different sort of tipping point. The evidence before our eyes was that the oppositional forces had swept into Tripoli. Far from meeting whole-hearted resistance there appeared to be minimum support for the regime. Now the belief swung in the opposite direction. Gaddafi had no support whatsoever.
The tipping point (again in hindsight) was in the perceptions of ‘wide support’ to ‘no support’.

The fragile euphoria of liberation

Against a visible background on continuing fighting, one joyful young woman told the BBC that ‘100% of people now opposed Gaddafi’. Her joy was unfeigned. Within hours other realities became clearer. There is a fragile euphoria to a yearning for liberation.

What happened next has been widely recorded, as President Obama’s tipping point did indeed have some predictive accuracy. For a while, ‘the fog of war’ further confused matters, as his son Saif al-Islam stood triumphantly outside the compound [Pictured above, Tuesday 23rd August] to demonstrate as false the rumours was of his own arrest. But within days the evidence was of a regime damaged beyond any immediate fight back. Gaddafi’s central fortress was quickly overwhelmed.

The next symbolic act

The next important symbolic act is considered to be the capture of Colonel Gaddafi. Until then, the information available remains in need of serious testing as the world remakes its maps of Libya’s future.

Jeff Schubert, a frequent commentator for Leaders We Deserve, assesses Gadhafi based on his own extensive studies of tyrannical leaders

Commenting on events in Libya, Jason Pack (St.Antony’s College, Oxford), who has had significant experience in Libya, recently wrote:

As policy makers the world over speculate about what Gadhafi will do next, they should look to the leader’s upbringing, psychology and ideology for clues. To get the true measure of the man and his motivations, one must see past the rambling demagoguery and YouTube parodies. After his bloodless coup d’etate in 1969, Gadhafi struck Westerners who met him as charismatic, confident and idealistic.” Despite his brutality, Gadhafi, sees himself as a “philosopher-king” and is angry and bitter that his “utopian vision” has not been realized. “He is prone to paranoid conspiracy theories about how outside actors have ruined his precious vision because they cannot afford to see his utopia succeed. Assured of his own righteousness, Gadhafi will fight to the bitter end with whatever trusted advisers and praetorian guards will stick by his side.

I do not know whether or not Pack’s assessments are correct, but I like his approach to the issue. Rather than simply saying that Gadhafi is a “bad mad man”, he has recognized that Gadhafi – like all self-made dictators who have survived in power for a long time (in this case 40 years) – has an idealistic side which attracts supporters.

When the writer Emil Ludwig asked Stalin why “everybody” in his country feared him, Stalin rejoined: “Do you really believe a man could maintain his position of power for fourteen years merely by intimidation? Only by making people afraid?”

Stalin – like Hitler and Mao – had ideals. The Yugoslavian politician, Milovan Djilas, who had close dealings with Stalin and his lieutenants from 1944, noted that in Stalin, “certain great and final ideals lay hidden – his ideals, which he could approach by moulding and twisting the reality and the living men who comprised it”.

In my view Pack is being “realistic”. Such realism could also be applied to such people as Robert Mugabe and Fidel Castro. But there is another side to this. Just as many in the West fall into the trap seeing only bad in such dictators, they also fail to see that these “idealistic” traits can drive leaders of their own countries to cruelty – and such leaders can attract many supporters. Psychologically, I think that Tony Blair is the sort of personality who – if had been born in Libya about the same time as Gadhafi – could easily have become a Gadhafi. And, many who have supported Blair over the years would even have been Gadhafi-type supporters. Their sense of “idealism” and their “own righteousness” blinds them to their own cruelty in supporting suppressive regimes and countries.

Gustave M Gilbert, in “The Psychology of Dictatorship: based on an examination of the leaders of Nazi Germany”, wrote about the ability of “decent” people to compartmentalize their thinking so that they can combine idealism with cruelty.

As a general principle …. the normal social process of group identification and hostility-reaction brings about a selective constriction of empathy, which, in addition to the semi-conscious suppression of insight, enables normal people to condone or participate in the most sadistic social aggression without feeling it or realising it.”

Many Germans and many Americans (in the case of their treatment of blacks) when confronted with these inconsistencies in their professed behavior as decent citizens, recognise the inconsistency intellectually, but still find it difficult to modify their behavior. Insight is not sufficient to overcome the deeply-rooted social conditioning of feelings.

Gustave was writing about the internal workings of societies, and specifically countries. But, in the sense that the people of the world are also a society, the same psychological processes apply. In my view, Blair and many others—despite all their idealism—have seen Arabs in the way described by Gilbert.

The United Nations security council votes unanimously to introduce sanctions against Colonel Gadaffi in the interests of protecting the rights of its citizens. The move seeks to avoid the controversies over the interpretation of legitimacy of military actions in the Iraq conflict

The move came as President Obama for the first time called on Gaddafi to step down, deepening the Libyan leader’s international isolation as he struggles to contain a revolt that threatens his 41-year rule. It also marked the first U.S. vote in support of a Security Council referral to the International Criminal Court, which the United States has not joined.

“when a leader’s only means of staying in power is to use mass violence against his own people, he has lost the legitimacy to rule and needs to do what is right for his country by leaving now”

The international support for the UN resolution

The United Nations is often forced into actions which demonstrate the near-impossibility of a genuinely united position regarding means as well as ends. In this case there seems more of a consensus than is often the case.

The resolution is further strengthened by the defection of Libya’s delegation to the United Nations. The article goes on to quote Libyan envoy Abdurrahman Mohamed Shalgam who wrote to the Security Council president noting that his delegation “supports the measures proposed in the draft resolution to hold to account those responsible for the armed attacks against the Libyan civilians, including [through] the International Criminal Court”

In a separate bulletin, [Saturday 26th Feb 2011] The Post reported further accounts of State-supported violence against protesters in the Lybian capital Tripoli

The above is a summary of a fast breaking global issue

Not a good week for leaders 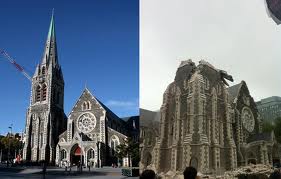 The news has been full of leadership stories this week. But they have been not so much about heroic figures, as leaders struggling to deal with crises from Libya to London, from Wall Street to Washington. For personal heroism we have to go to rescuers after the earthquake in Christchurch Canterbury, New Zealand

The start of February 2011 has produced global shocks politically, and in their wake economically. The headlines have been reserved for events in the middle east, when attention shifted from Egypt to neighbouring Libya where Colonel Gadhafi has appeared weakened. Events there appear more like an old-fashioned and bloody insurrection than the new-media supported challenges to regimes in Tunisia and Egypt last month.

What appears to be in common to these events is the weakening or termination of authority of a long-standing ruler, charged with being out of touch with the democratic rights of their people.

Efforts to maintain a ‘strong man’ position have tended to be followed by concessionary offers of reform, which have encouraged further efforts to depose the regimes.

Moammar Gadhafi at present has refused to take such a conciliatory stance. In a telephoned speech [24 Feb 2011] to Libyan state television he put the blame for the uprising sweeping Libya on Osama bin Laden and al Qaeda, saying that terrorist group had been drugging Libyans and thus inducing them to revolt. Western commentators remain unconvinced.

Shockwaves from the region have troubled other leaders. Prime Minister David Cameron and his Foreign Secretary William Hague have been under pressure for acting too slowly to support repatriation of British citizens. President Obama continues to take political hits as he struggles to avoid accusations of America being too enthusiastic in favour of military intervention. Stock market speculation was evident in light of uncertainties over oil supplies and prices.

One of the sad leadership tales of the week was at Apple. Shareholders are increasing demands for the company to reveal a succession plan for the iconic Steve Jobs, whose medical condition is seen to be a serious threat to the company’s future prospects. Unlike most political leaders, Jobs’ contributions have been visible, immense, and widely acclaimed.

Events even in Libya have had less human consequences than were produced in the earthquake which has devastated the city of Canterbury, New Zealand this week. There, the response has had less to do with top-down leadership than with community response and personal heroism.

Christchurch Cathedral and the effects of the Earthquake [23rd Feb 2011]. Image from australiangeographic.