Scientific custard and the dominant rational model of management 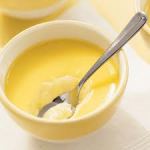 A festive tale of custard, scientific management, and a British obsession since the days of Charles Dickens

Management as taught is very much a subject grounded in rationality. It attracts those approving of practice informed by scientific methodology. As the festive season approaches, I am reminded of a story.

The science of management

Someone I knew as a schoolboy returned from his first science class bringing good news to his family. In future, he announced, there would be a modern scientific approach to making the family custard, which he would supervise.

After several less-than-successful attempts at home, he quietly abandoned his efforts. His mother reverted to making custard in her unscientific way which somehow turned out all right. Undaunted, the schoolboy continued his studies and become a research scientist, still believing in the universal virtues of the scientific method.

A brief history of custard

For those unaware of the British obsession with custard go Google which will provide you with much useful information. Here’s the Guardian’s take:

[Custard is] a lumpen, pustular, gungy memory of a smelly school canteen. In Britain, childhood and custard go hand in lollipop-lady hand. I know of no better food to calm a choleric toddler or mollify a stroppy seven-year-old than a knocked-up bowl of Bird’s. It comforts like mum and a blanket. [In Oliver Twist ]Mr Bumble’s orphans cry to have it with cold jelly, and who could blame them?

The word ‘custard’ comes from ‘croustade’, a sweet and eggy ‘crusted’ tart from the Middle Ages. Around the 16th century the filling became a dish in its own right, and has changed little since save for the Great Custard Split of 1837, when Clarence Bird developed a cornflour-based custard powder for his allergy-prone wife. A face splatted in custard pie has been a trope of farce almost since the birth of cinema.