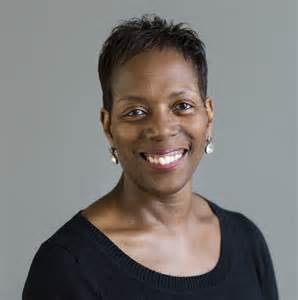 The story hit the headlines recently as it emerged that Althea Efunshile was the only non-white candidate on the short list, was highly recommended by a previous minister of culture, and appeared to have considerable talents that would have made her a strong candidate.

The Guardian offered a mild rebuke in a Leader column [8th December 2016] arguing the possibility of unconscious bias of interview panellists. In an article on the same day, the paper set a more outraged tone:

Synopsis of the Guardian article:

The former culture minister David Lammy has said the decision to block the appointment of a black woman to the all-white board of Channel 4 “beggars belief” and has called for the precise reasons to be revealed.

The former deputy chief executive of Arts Council England Althea Efunshile was informed last week that her appointment had been blocked by the secretary of state, Karen Bradley.

This was despite it being recommended by regulator Ofcom, which is tasked with finding, vetting and appointing Channel 4’s board members and it having the support of the broadcaster’s chairman, Charles Gurassa.

[Mr Lammy] who is currently chairing the all-party review of racial bias in the criminal justice system, said the case raised important questions.

An advertisement seeking non-executive directors for the Channel 4 board was published in the spring and, in June, the Guardian understands, Efunshile was contacted by headhunters about applying. An interview then took place in July with the panel chaired by Dame Patricia Hodgson, chair of Ofcom. The interview would appear to have gone extremely well as her name was quickly put forward to the DCMS for rubber-stamping.

She was recommended with two others also with strong business backgrounds, who were later ratifiedOver the summer the roles were advertised again and in September two further names, were submitted by Ofcom.

Ms Efunshile was later informed by headhunters that her appointment had been blocked because she did not meet the criteria laid out in the original job application. The other four candidates were formally appointed the following day.

I suggest that the explanation of the effect of unconscious bias is hardly convincing. It could hardly have escaped notice that the board was lacking in female and non-white members (no-women, no persons of colour). A more plausible explanation is that of conscious bias.

Another convincing explanation lies in the practice of reducing the process to box ticking against specific critieria to be found on the job application document. This may actually succeed in reducing unconscious bias, but does nothing to address the tin-eared insensitivity displayed by compliant appointment boards.

I understand such processes are to be found elsewhere in sports management, and have spread even to the search for England football managers.

If leadership is the process of influencing others to achieve your goal then Andrea Williams is one the clearest examples I have come across of that species. In that respect she would be a candidate for running many a commercial organization

This week, political attention in Britain brought into focus issues of the most contested and deeply held kind for many people. Parliament debated the Human Fertilization and Embryology (HFE) Bill.

The Government chose to make it a conscience vote. This was to lead to some differences in how the processes of influence played out. The process of lobbying by interest groups did not disappear, but rather took on a different guise.

The role of one particular lobbyist was captured in a riveting TV documentary by David Modell in the Despatches series.

Modell has won praise and prizes for his work through which he reveals the operations of various groups whose behaviours tend to be labelled as extremist and fundamentalist. Neo-nazis, Animal Rights Activists, Football Hooligans, and now Fundamental Christians. His skill is to win from group members acceptance for his presence as a non-judgmental recorder. While this is an over-simplified view, his filming has a non-judgmental quality, leaving the viewer space to a better understanding of individual behaviours regardless of whether the beliefs and practices are found acceptable.

In this programme one personality dominated by her sheer energy and capacity to make a difference to situations in which she engaged. The central character was Andrea Williams, who seems to be increasingly devoting her efforts to causes within religious networks. Among her roles is that of Policy Director of The Lawyers’ Christian Fellowship.

In an interview for The Church Times, she explains how her upbringing had led to her activism. She also explained how her husband’s job as a senior executive of a telecommunications company gives her the opportunity to devote her time to her religious beliefs

In the programme, we follow Ms Williams in a series of scenes in which she repeatedly displayed a capacity to take control of events by her words and actions. Let her loose in many corporate battlegrounds, and she would quickly emerge on top. Or, perhaps more subtly, as the person influencing the top cat.

Maybe this will happen. If not, it is because Andrea Williams has signed up to a different cause. Her motivations are primarily non-secular.

Modell, writing in The Independent describes one recent example of her influencing skills at work on the Conservative Peer, Norman Tebbit:

Lord Tebbit meets us in Central Lobby and takes us to a meeting room. He and Ms Williams perch across the corner of a huge oak table. Ms Williams is persuading him of the importance of laying an amendment to the Bill. “You can get a slot on the Today programme,” she says. “Because you can say, ‘I’m tabling an amendment to reduce the upper limit on abortion’.”

Ms Williams has already written the amendments she wants incorporated into the legislation. Lord Tebbit is asked if he’d be willing to lay one, and he agrees to consider it. Ms Williams doesn’t hesitate in closing the deal. Without missing a beat, she reaches into her bag and pulls out an A4 sheet. The document is passed to Lord Tebbit and he takes it away with him. It seems too easy.

Other examples of the leader captured in action also caught my eye. There is confirmation of the rapid rapport, turning to friendship and political alliance, between herself and Conservative MP Nadine Dorries.

Charisma in action, I muttered to myself.

Indeed, Ms Dorries sponsored an amendment to the HFE bill debated in Parliament (May 19th -20th, 2008), and spoke in the debate in tones that seemed to echo those of her close friend Andrea Williams.

In yet another episode in the film, Ms Williams arrived at a demonstration where events were somewhat complicated by a general lack of focus, exemplified by a well-intentioned supporter who was capturing media attention with a ranting performance. Andrea swiftly marshaled the more media-attractive supporters into line, and made a good stab at shifting the ranting one off-stage.

Modell had also been energetic advancing his own cause. Writing in The Telegraph timed to plug the programme, he noted

I met [Andrea Williams] on a demonstration against the Sexual Orientation Rights [gay rights] legislation outside Parliament at the beginning of last year. The protest had been organized by the Lawyers’ Christian Fellowship (LCF) – or, more specifically, by Andrea Williams, its public policy director.

Ms Williams believes any law that goes against her strict biblical beliefs must be fought. Her latest target is the Human Fertilization and Embryology (HFE) Bill … Ms Williams tells me why she is campaigning against it. “I believe there’s a spiritual battle going on,” she explains. “These laws reject God, and any rejection of God is the work of the enemy, Satan.”

In yet another cameo within the programme, we heard the evocative use of statistics which characterizes the charismatic leader. (Yes, I encourage my students to bring statistics to life, but I think I’ll not use this particular example). The number of abortions in this country, she told a rapt audience of fundamentalist Christians, has now reached a scale comparable with that of the holocaust. Her mission is to stop another holocaust.

I have no hesitation in offering the case for study towards understanding the nature of exceptional leadership behaviours. The performances of the wannabe apprentices in the Alan Sugar series rarely demonstrate the raw influencing skills witnessed here.

The Problems with Charisma

One of the problems with charisma is one which has troubled earlier researchers into leadership. The very elements that had been attributed to transformational leaders turned out to be too similar to the characteristics found in leaders such as Hitler.

The evaluation of any set of leadership behaviours forces an examination of the leader’s beliefs. Here we have a leader who is driven by a deep sense of mission, and of evils to be tackled. In efforts to achieve the ends she so fervently seeks, she resorts to a form of rhetoric that often attracts descriptions such as spell-binding or magical. It appeals to visceral values and fears.

The style worked for President Kennedy and Martin Luther King many years ago. It seems to be working for Barack Obama at the moment. But in its mechanisms of influence, it can not be disconnected from the performances of an Andrea Williams. Nor unfortunately can it be distanced from the style of leaders who have also been labelled with various clinical terms from narcissism to megalomania.