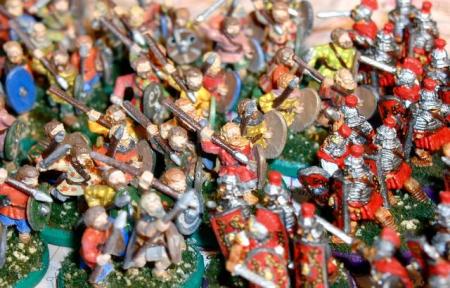 The new Prime Minister faces the annual conference season. It will be a testing time for Gordon Brown during which we may learn a little more of his longer-term plans and short-term tactics related to industrial relations

This week, Bob Crow, leader of the RMT Union, brought his transport members out on a lightening strike, to the inconvenience of London’s commuters, and the fury of London’s mayor, Ken Livingstone.

‘Nobody loves us we don’t care’

I was reminded of Millwall’s football chant when I read that Bob Crow was a Millwall fan. According to a reliable source, the song can be read as postmodern irony associated with the defiance of Bermondsey’s dockland’s culture towards its detractors.

The song was a reaction to what the Millwall fans perceived to be sustained, exaggerated and unfair criticism of their behaviour by the press and the stereotypical image of all Millwall fans as hooligans, perpetuated by certain sections of the media in general.

I have heard it remarked that at Girton College before male students were admitted, the gals also had been known to chorus the Millwall anthem. Perhaps that was another postmodern gesture, indicating distain for the behaviors displayed towards Girton’s students by Oxford’s chauvinistic males.

But to return to our main story … This week, Bob’s actions brought his members out on strike, and dragged London Mayor Ken Livingstone into the dispute with a few far-from-brotherly remarks.

As the BBC put it

For Ken Livingstone, its decision was unfathomable.
“This must be the first time in history of a union going on strike when everyone has acceded to their demands,” he said.
Mr Livingstone added that he could not “explain the mindset” of the RMT

To his many critics, Bob Crow is an unwanted throwback to the

worst excesses of 1970s union militancy… To his supporters, however, the 46-year-old leader of the Rail, Maritime and Transport Union is simply a resolute defender of workers’ rights.

RMT members may hold Mr Crow in great esteem, but he is certainly not liked by the Labour government, which has historically branded him “a wrecker” … Back in 2004 his hostility to the Labour came to a head when the RMT broke its ties with the party – a link which dated back to 1899 – following a row over the RMT’s decision to allow local branches to affiliate with other parties.

Bob and the Treaty

Mr Crow has also been in the headlines for his support to the movement calling for a referendum over the new EU treaty. We have commented on this in an earlier post, as had The BBC

The RMT’s motion asks the TUC to campaign for a “no” vote, if a referendum is held on whether to adopt the treaty. Its general secretary, Bob Crow, told the BBC: “They [the government] went to the British people on the promise there would be a referendum … What we want him [Gordon Brown] to do is implement what his manifesto was.”

The reported stories indicate that the RMT union is embroiled in an industrial dispute. Also it is becoming involved in the wider debate on Britain’s role in the EU. It joins a rainbow alliance ranged against the Government in calling for a referendum.

Without more information we have to speculate on whether the two stories are interconnected. The imminence of the so-called (political) conference season suggests they are.

Whatever the intentions of Mr. Crow, the intentions of Mr. Brown and Mr. Cameron are clear. Both are seeking to hold on to their territory on Middle-earth, and perhaps expand it. But to do this, Mr. Brown was to reassure the inhabitants of Middle- earth that he is in no way in thrall to the dark forces, particularly those of the left. Mr. Cameron is also having to calm concerns that he is abandoning his allies from the right.

With these considerations in mind, neither Mr. Brown nor Mr. Cameron wants to be too friendly to Mr. Crow.

So that old refrain may well be rather apt. Nobody loves me and I don’t care, and I can be very difficult when I get upset.

Outcome. Skirmishes. Casualties mainly to the front-line troops caught up in a rather complicated set of political moves. Troops watch on sympathetically from the ranks of the Post Office workers. They are caught in a similar difficult position to defend.

Image is from Google, citing Ben Becker’s armies of painted warriors as a representation of a battle beween the Celts and the Romans.