Donald Trump, Theresa May, and possibilities for leadership change 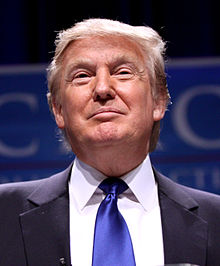 Donald Trump and Theresa May are examples of leaders whose critics have regularly predicted their downfall. Why are these predictions repeatedly found wanting?

Trump’s downfall has been widely anticipated rom the time he entered the Presidential race as a political novice. Such conventional wisdom from political observers persisted to the end of 2017 and continues now into the new year.

Extract from The New press Dec 31st 2017
National political punditry was certain he couldn’t be elected, remained sure he couldn’t accomplish anything and believes his personal unpopularity will secure tremendous losses for his party in the 2018 mid-terms. In the meantime, Trump won a sound Electoral College victory, became president and now has governed for almost a year.

In the UK there has been a similar suspicion of an imminent political downfall. Yet, Prime Minister May has confounded critics since her decision to call a general election which went seriously wrong. After the election in June, she was derided as moving from strong and stable (her election battle cry) to weak and wobbly (a cruel barb afterwards). Her Government survived narrowly by striking an uncomfortable deal with the Northern Irish Democratic Unionist party. Predictions of her imminent resignation persisted with senior members of her own inner circle openly disregarding her authority.

Three have ‘resigned’ recently. Boris Johnson, arguably the most blatantly disloyal and gaffe-prone has survived, seen as further evidence of the PM’s weakness and vulnerability.

In searching for an explanation, I turned to the work of Kurt Lewin, one of the pioneers of social psychology. Lewin asked the question ‘why is change in society and its social systems so difficult?’ He realised that there must be complex sets of forces holding any social system together in a state of stability. Not too stable, as that excludes the possibility of any change taking place. Nor too easy to be radically changed as that would lead to too much instability. In other words, there has to be a stable state, with potential for change.

Lewin’s work was turned into a model for influencing change by Richard Beckhard and co-workers. Beckhard identifies three necessary components that together may help overcome resistance to change. They are:

If any of the three forces are absent or very weak, change is unlikely.

Change is easiest where the three kinds of forces weakening a desired change are present. Take a soldier pinned down by enemy fire. There is:
dissatisfaction with the status quo
vision of escape to safety
but without an easy first step, the soldier may not act to initiate the change

A far more complex case is emerging in the violent and widespread protests taking place in Iran.

The dissatisfaction with the regime is evident.
There seem to have been first steps (if not easy, at least enacted). But is there a clear vision of a better future?

Applying the model, leads me to conclude that President Trump and Prime Minister have both survived considerable dissatisfaction with them and with their actions. Several first steps to have been initiated by those seeking change.  However, at very least, the replacement of either leader seems less imminent than commentators are predicting. At least one of the required factors (a clear vision of a better situation) seems nearly non-existent.

This entry was posted on Wednesday, January 3rd, 2018 at 12:15 pm and is filed under Uncategorized. You can follow any responses to this entry through the RSS 2.0 feed. You can leave a response, or trackback from your own site.

One Response to Donald Trump, Theresa May, and possibilities for leadership change