Justin Welby: how a leader deals with news that would devastate most people 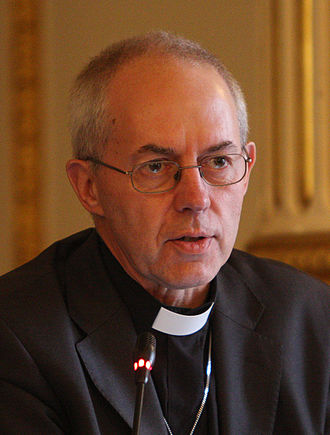 The Archbishop of Canterbury discovers his private life conceals a secret that most people would find difficult or even impossible to deal with.  His reaction is admirable

The news headlines promised prurience. The spiritual leader of the Church of England finds himself the product of a brief extra-marital relationship between his mother Jane Portal who was Winston Churchill’s personal secretary, and Sir Anthony Montague Browne (1923–2013), Churchill’s private secretary.

When Jane married Gavin Bramhall James Welby shortly afterwards, the assumption  was that the child had been conceived by the newly-wed couple. This belief was sustained until very recently [April 2016].

The news resulted from an investigation by The Telegraph. The Telegraph achieved a substantial success in Press terms,in raising the story in a way which encouraged the Archbishop to carry out a paternity test.

The breaking story allegedly sent senior officials of the Church of England scurrying to confirm that the appointment of Welby was permissible.  (It was, by a relatively recent adjustment of earlier church law, in 1951).

In an interview accompanying the article, Archbishop Welby said: “There is no existential crisis, and no resentment against anyone. My identity is founded in who I am in Christ.

“Although there are elements of sadness, and even tragedy in my father’s case, this is a story of redemption and hope from a place of tumultuous difficulty and near despair in several lives.”

He said the news had not affected his relationship with his mother, praising her for “always looking reality straight in the face”.

How was he able to react in such a fashion?

The Telegraph offers an explanation:

He released a statement last night in which he said: “My own experience is typical of many people. To find that one’s father is other than imagined is fairly frequent. To be the child of families with great difficulties in relationships, with substance abuse or other matters, is far too normal.

“Although there are elements of sadness, and even tragedy in my father’s case, this is a story of redemption and hope from a place of tumultuous difficulty and near despair in several lives.

He added: “I know that I find who I am in Jesus Christ, not in genetics, and my identity in him never changes.”

Having lost his first child, Johanna, in a car crash in 1983 when she was seven months old, the Archbishop said the news was not “anywhere near the most difficult thing that has happened” to him and his wife, Caroline.

The picture painted in the article of the putative father is less effusive: I find itmisleading and rather unpleasant, and weakens the telling of the investigation:

The Most Reverend Justin Welby had until now believed his father to be Gavin Welby, a whisky salesman and son of a Jewish immigrant, who was married briefly to his mother, Jane.

Welby and Cameron: Compare and contrast

Blogging under the Spectator aegis, Charles Moore echoes the Telegraph in his perspective on Welby, and contrasts this with his view of David Cameron’s style.

What seems to nag at the Prime Minister is a sense of his inauthenticity. He condemns tax avoidance not because he really thinks it automatically wrong, but because he is frightened about being thought posh and rich. Then he gets hoist by his own petard, so people laugh at him. The Archbishop of Canterbury, on the other hand, found his unshakeable faith through the extreme difficulties of his early life. When it turns out even more difficult, he knows instinctively how to deal with this. People respect him the more.

Students of leadership will recognise some of the themes of the New Leadership movement may be moving away from older trait and situational models. Yet, the ghost of charismatic leadership is not exactly exorcised in the more recent terminology of authentic and servant leadership styles.

This entry was posted on Tuesday, April 19th, 2016 at 2:01 pm and is filed under Uncategorized. You can follow any responses to this entry through the RSS 2.0 feed. You can leave a response, or trackback from your own site.