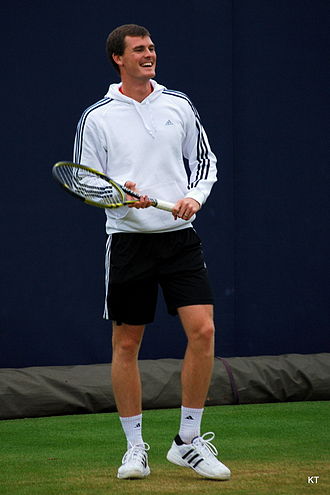 On March 27th 2016 Jamie Murray became World No 1 doubles player, and the first British tennis player to achieve top ranking since the ATP computer rankings were introduced for doubles in 1976. He strengthened his position at Monte Carlo three weeks later

Jamie Murray had progressed with John Peers into several Slam event finals, and won six titles over the period 2012-2015, but switched partner to the Brazilian Bruno Suares shortly after the 2015 US Open last September. Almost immediately [in January 2015] they won the 2016 Australian Open together.

Jamie has been overlooked outside (and arguably inside) the tennis following community. Andy Murray has attracted headlines for a range of achievements and firsts for British Tennis (not English Tennis, as he felt required to point out  in earlier years). First to break the drought in Grand Slam winners, and Olympic golds for GB, the driiving force on the team winning the Davis Cup in 2015, where again Jamie played an important part in the doubles victories with Andy.

But it was Jamie not Andy who was first to win a slam event, hardly mentioned any more. Why? Because it was in doubles (lower kudos than a singles win) and mixed doubles at that.

Now it is also Jamie who is first to become the Tennis World No One. as Andy contests for the Number two slot (but of course, again in the higher status Singles rankings).

Jamie probably prefers to stay more out of the limelight, but it would take a very unusual person not to have some hint of sibling rivalry from time to time.

Jamie’s strength has developed around lightening quick reflexes and net interceptions, and a few specialities which favour guile over power, including a chip forehand, a placed rather than a crunched volley, and a lob return of service.  He still conceals a modest serve which sometimes lets him down.

At 30 he is seven years younger than the Bryan twins who remain committed to returning to the top, and are experimenting with a switch of court positions to do so.

No false mask of confidence

Jamie sometimes cuts an anxious figure on court. He does not conceal tensions he feels. In so many sports, the top cat displays a mask of confidence and even invincibility.

Not Jamie, which is encouraging for the rest of us.

More to come, as Brother Andy prepares to emulate Jamie and get to the final of the Monte Carlo tournament