Is Narcissism always a bad thing? 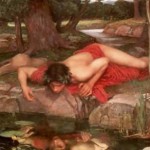 Narcissism is often associated with ‘the dark side of leadership’. Recent studies offer a revised perspective

A review in The Economist [March 22nd, 2014] was entitled Narcissism: Know thy selfie. It reviewed two recent books on Narcissism: Mirror, Mirror: the uses and abuses of self-love, by Simon Blackburn, and The Americanization of Narcissism, by Elizabeth Lunbeck.

Lasch and the Culture of Narcissism

In examining these books it is worth going back to the psychodynamic treatment of Narcissism by Christopher Lasch. It is worth revisiting this classic study as the critic As Siegel summarized the work:

in “The Culture of Narcissism,” Lasch took what was still mainly a narrowly clinical term and used it to diagnose a pathology that seemed to have spread to all corners of American life. In Lasch’s definition (drawn from Freud), the narcissist, driven by repressed rage and self-hatred, escapes into a grandiose self-conception, using other people as instruments of gratification even while craving their love and approval. Lasch saw the echo of such qualities in “the fascination with fame and celebrity, the fear of competition, the inability to suspend disbelief, and the shallowness and transitory quality of personal relations.

The full-on connection between narcissism and many of the evils of modern society was always likely to attract a revisionary accounts such as those of Blackburn and Lubeck.

Blackburn argues that a ‘healthy’ self-image is bounded at one pole by excessive self-regard, and at the other pole by lack of adequate self-image. This adds needed nuance to the Lasch position, as well as to the popular connection between narcissism and the dark side of charismatic leadership. His plea is for positioning the individual more carefully in their context. The prevailing view of egotistical leaders may have slipped too much into polarisation. Where he is closest to Lasch is in his cutting observations of advertising which seeks to bolster the self-image of the consumer (Blackburn takes the ‘because you are worth it’ message of L’Oreal as an example]

Lunbeck adds the point that the neo-Freudians have tended to focus on narcissism as bad, and that Lasch contributed this cultural belief. Freud, she argues, saw the development of self-regard as a form of ‘good narcissism’.

Narcissism as a dilemma

Both Blackburn and Lunbeck show us that narcissism may be more of a dilemma to be understood than a universal curse.

Essay question: Is Narcissism a bad leadership characteristic? Discuss, drawing on the work of Simon Blackburn and Elizabeth Lunbeck

This entry was posted on Tuesday, August 12th, 2014 at 5:03 am and is filed under Uncategorized. You can follow any responses to this entry through the RSS 2.0 feed. You can leave a response, or trackback from your own site.

2 Responses to Is Narcissism always a bad thing?