Is Amazon under control or under the influence? 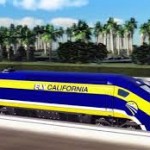 Amazon announces disturbing financial figures. Its charismatic chairman Jeff Bezos will, as ever, be taking the long view

The mighty Amazon – the company not the river – may be in temporary trouble. Its second quarter sales reported on Thursday [24th July, 2014] showed powerful growth in revenues but unanticipated losses. The results worried the numbers people. Shares, already drifting downward, slumped around 10% on Wall Street the following day.

Its founder and leader Jeff Bezos is famed for taking the long view. He is a business visionary who fitted the bill as a great leader for the near classic story he has helped bring about at Amazon. His leadership style is restless and remorseless.

He is noted for personal involvement and fermenting a culture of creative challenge. He also likes to ‘back-engineer’ strategy from a desired future to reach and deal with imminent decisions.

The immediate future suggests that his enthusiasm for innovation in the interests of that more distant future may have incurred costs for the present. The ideas at times have breath-taking simplicity. Sometimes there is an initial appearance of craziness that often accompanies great creativity. Think Steve Jobs, or Napoleon even.

This week, the craziness appears to be found in the diversity of effort which may suggest a lack of a cohesive plan. The results were timed to accompany the launch of the company’s new smartphone, the Fire Phone. Other recent plans have included grocery delivery, video streaming, and drone delivery of products.

Then there was the recent takeover of the Washington Post, with assurances from Bezos that under his ownership the newspaper will retain its independence, and certainly without influence brought to bear to advance Amazon’s interests.

Bezos is a fascinating business personality. He has created one of the Century’s most successful businesses with a simplicity of its core competence of rapid, safe product delivery at highly competitive prices. Perhaps its strategic trajectory constrains the creative impulses of its remarkable founder.