HBOS Leadership without the benefits of hindsight 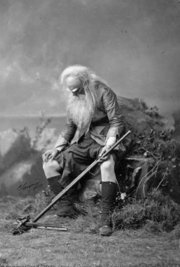 The following post anticipated the financial crisis of 2007-8 under an earlier title. HBOS changes: Too little, too late? It is reissued following the news this week of the fall from grace of the bank’s three leaders

Over the last few weeks, pressure has increased on HBOS executives following a government report and calls for former CEO James Crosby to give up his knighthood and part of his pension rights. The Original post indicates the perspective in 2007.

This week [Nov 2007] saw a little-heralded leadership change in the retail division of the financial giant HBOS. When a bank changes one or two members of its management team, it does so to reassure investors of continuity as well as to signal change. Has HBOS been too complacent over its business environment? Are the changes too little, too late?

According to a BBC report this week:

HBOS has announced a revamp of its retail division, including the departure of its head Benny Higgins … finance director Phil Hodkinson will [also] retire at 50 next year, and will be replaced by a former incumbent, Mike Ellis …”The structural changes we have introduced in our retail business are right for the group,” said chief executive Andy Hornby. Mr Higgins, who moved from Royal Bank of Scotland last year to head the retail unit, will leave HBOS at the end of 2007. [CEO] Mr Hornby told the Reuters news agency that Mr Higgins’ departure was not related to a recent 8% drop in profits at the retail unit. The business was hit by a sharp drop in its share of mortgages earlier in the year after a new pricing strategy went wrong, although the bank says its share has since recovered.

So there we are. No change there, then. Banks are as prone to jolts and change as any other business. Arguably they have become as accustomed to dealing with change as companies in many other business sectors. Their corporate advertising increasingly seeks to present images of innovative and dynamic set-ups. Yet, they also work hard at maintaining a corporate image of stability and reliability. Which just goes to show that effective creativity in advertising can be pretty challenging. How would you send out a convincing signal that you are reliable and adventurous, dynamic and prudent?

HBOS doesn’t stand for anything

I used to think of HBOS as an abbreviation for two big names in Banking after a recent merger, namely the Halifax and Bank of Scotland. Wrong. The (usually) reliable Wikipedia tells me we shouldn’t connect it with some earlier entity or entities. Same with ICI. which is initialized not an abbreviated Imperial Chemical Industries. Anyway, let’s just say that what is now HBOS used to be the Halifax Building Society of Halifax, Yorkshire, and The Bank of Scotland of Edinburgh.

Background to the story

Earlier this year [2007] the bank announced satisfaction with its profits. CEO Andrew Hornby said HBOS was optimistic about the UK economy and growth in its main markets, and that the UK business environment was “generally benign”.

How benign is benign?

Hornby’s view was not widely shared

“Overall the quality of these figures looks poor and the guidance of 2007 on loan growth, margin, costs and bad debt looks disappointing,” analysts at Fox-Pitt, Kelton said in a note

. AS it turned out, the HBOS retail business environment was to prove far from benign. Over Christmas 2006 there had been unfortunate publicity for the bank’s role in the sad tale of the collapse of Farepak. In 2007 it became clearer that the shared business model of the retail banks was failing. This relied on offering ‘free’ retail banking, partly subsidized by high charges for non-agreed overdrafts. HBOS faces substantial losses. It also proved non-competitive in mortgages, and failed in its retention strategy.

Anatomy of a high flier

In 2005, CEO Andy Hornby was assessed as one of the FTSE’s ‘power players’ for among other things being remunerated with ‘biggest directorship’ of the FTSE 100 at around £ one million sterling for his HBOS responsibilities. The young city high-flier was a former Blue Circle and Asda executive, and could take credit for his part in steering through the HBOS merger successfully. The deal was a coup for The Halifax. However gently the merger was presented, Halifax emerged with the better hand. Hornby became its CEO, and Lord Dennis Stevenson (another Halifax man) became Chairman of the new company. The Bank of Scotland had recently lost out in several take-over bids, including its wooing of National Westminster Bank, when it had lost to its bitter rival, the Royal Bank of Scotland.

Perhaps researching this blog has made me over-sensitive to leadership battles. But the story leaves me with just that suspicion that there is more to unfold. Has HBOS been complacent over its business environment? The kindest that can be said was that it did not rush into hasty action recently. More unkindly, maybe it could be accused of being too reactive. I haven’t picked up the signals of stakeholder discontent that indicate real ‘trouble at the top’. No comments about excessive remuneration packages. But those city analysts have already sent out signals suggesting the business environment is not as benign as HBOS would like it to be. I have a very small shareholding in one of the group’s financial products. I’m not planning on selling. I’m not planning on acquiring any more either. And maybe there will be a business case to be written on leadership style and proactivity.