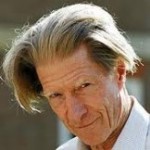 When John Gurdon shared the 2012 Nobel Prize for medicine for work on stem cells, one much reported story was of a school report which rated him very unlikely to succeed as a scientist. It becomes the latest in a line of predictions of future failure including those for the young Churchill, Einstein, and Edison

In October 2012, the news broke that Sir John Gurdon was to share the 2012 Nobel Prize for medicine, for work on stem cells. One part of the story revealed that a school report had rated him very unlikely to succeed as a scientist. It becomes the latest in a line of predictions of future failure including those for the young Churchill, Einstein, and Edison.

According to the report from Eton College, his biology teacher wrote:

“I believe he has ideas about becoming a scientist. On his present showing this is quite ridiculous; if he can’t learn simple biological facts he would have no chance of doing the work of a specialist, and it would be a sheer waste of time, both on his part, and of those who have to teach him.”

Duffers who did well

An article in The Mail gave an excellent list of schoolboys and a few schoolgirls, mostly British, who were deemed duffers at School only to confound the expectations of their teachers. Among the names were Winston Churchill, Stephen Fry, Ian Fleming, John Lennon, and an excessive number of actors and actresses. In most cases the individuals were rebellious in the eyes of their teachers, although perhaps strong-minded might be another description of them.

One name worth adding would have been that of Edison, who was sent home from school as someone who was inherently incapable of benefitting from education. The Independent compiled a similar list and mentioned Marcel Proust [“Pas intelligent” according to his Professor].

Discouragement or a valuable wake-up call?

The argument can be framed as one supporting the benefits of no-nonsense direct feedback. However, another perspective is that students of a strong enough self-image are able to achieve their potential despite ill-judged feedback.

A question of pedagogy

The Mail argued that there is too much euphemism and false positivity in feedback to school pupils. Perhaps a blunt ‘wake-up call’ had been good for the young Gurdon. It’s a popular and ancient argument still heard in discussions of leadership style. “Some people need an arm around their shoulders, others need a kick up the backside”. It’s a version of situational leadership.

Maybe the Mail has a point

Maybe the Mail has a point. Perhaps there has been a movement towards avoiding the more robust forms of direct feedback to students. However, there are a few nuances to consider.

There is also the possibility that such blanket assessments are hopelessly wrong. Teachers who dismiss some (many?) pupils as being inherently inferior and unlikely to amount to much, suffer from a blinkered view of potential. My suspicion is that wrongly diagnosed ‘failures’ such as Sir John survive such feedback , rather than succeed because of it.

The pupils who went on to achieve great things were those of strong self-image and less likely to be damaged by assessments which could be harmful to others of weaker ego strength.

This entry was posted on Friday, October 12th, 2012 at 4:38 am and is filed under Uncategorized. You can follow any responses to this entry through the RSS 2.0 feed. You can leave a response, or trackback from your own site.