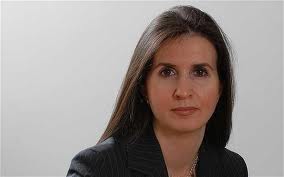 Challenges facing the Alliance Trust bring back memories. Investment Trusts in the UK have been popular since their creation in the 19th century, as an alternative to stocks and shares for the investor of limited means and experience

The image of Investment Trusts retains the virtues of prudence associated with the stereotyped Scottish banker, and so valued (at least in principle) by former Prime Minister Gordon Brown. The format took a blow in the early 20th century through financial innovations which almost wiped out the industry, as entrepreneurial competitors found riskier and more profitable ways of capitalisation. One of the innovating firms which became subject to a government enquiry was Aberdeen Asset Management which re-enters the story this week [April 2012].

The current head of Alliance Trust, Katherine Garrett-Cox is one of the most successful bankers of her generation also known as the ice-woman, superwoman and Katherine the Great. It may or may not be coincidence that one of her earlier jobs in a glittering career was at Aberdeen Asset Management.

Bill Jamieson of The Scotsman provides a background analysis:

Katherine Garrett-Cox is head of Alliance Trust, one of Scotland’s largest companies by market capitalisation. It can certainly claim the largest private shareholder following: investment has been its business for generations. But now, as if the eruption of a public row over performance and stewardship – the second in two years – is not sufficiently concerning, the prospect of a hostile approach from rival Aberdeen Asset Management (AAM) compels wide attention.
Laxey Partners, an investor activist group speaking for 1.7 per cent of Alliance’s shares, has accused Garrett-Cox and the board of lacklustre performance and misleading shareholders about the expenses of the business. It has tabled a motion for the annual meeting on 27 April calling, inter alia, for the board to concentrate on improving performance and to consider outsourcing the fund’s investment management.

How has a £2.1 billion investment trust, famed for its defensive, conservative approach to equity investment – qualities that have swung back in to favour in recent years – found itself under such attack? And why has a trust with an impressive record of sustained dividend growth [for forty five years] has failed to rally support among the industry analysts and commentators who set such store by long-term dividend performance?

Jamieson concentrates on two factors contributing the problems at Alliance. The first seems to be a clash of values between a deeply conservative corporate culture at Alliance and a more dynamic culture at AAM. The second and related issue is the leadership style of Ms Garrett-Cox. He notes that

Alliance may now be running out of time [although some investors] would look askance at a boarding party raid from a 1.7 per cent-owning group based in the Isle of Man and the possible entry of AAM which nearly broke the investment trust industry in the split capital trust debacle [a financial innovation for Investment Trusts] investigated by the Treasury a decade ago. AAM’s Martin Gilbert said then he wanted out of the retail investment business. But amnesia among stockbrokers is an occupational hazard.

If you are seeking to build a high-volume fund management platform you need a galvanizing leadership and love of profile. Recent non-executive board appointments have been drawn in the main from the [worlds of] governance, compliance and regulation, rather than front-line investment experience. All this, and Garrett-Cox’s ice maiden persona, has worked to turn Alliance from being a radiator into a fridge.

The story illustrates the dangers of adhering to a traditional culture in changing times, and the merits of dynamic leadership. However it may also be taken, as Jamieson suggests as the capacity for ‘amnesia among stockbrokers’ verging on what has also been called wilful blindness and a refusal to learn the messages of the past decades of financial turbulence. There is a strangely old-fashioned feel to a narrative of a buccaneering leader operating out of a tax haven. Nor does a simple reading of the story capture the more innovative skills which were a part of Garrett-Cox’s career under different circumstances.

This entry was posted on Monday, April 9th, 2012 at 6:54 am and is filed under Uncategorized. You can follow any responses to this entry through the RSS 2.0 feed. You can leave a response, or trackback from your own site.