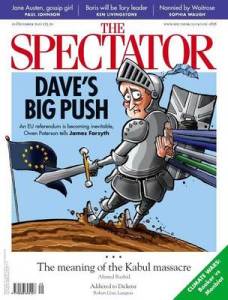 The Brussels summit avoided the disaster scenario of spooking the world’s financial markets. International reaction suggests a triumph for Angela Merkel, and more isolation for the UK’s position in Europe

In the UK, the story was presented as David Cameron heading to Brussels to fight (‘like a British Bulldog’ he assured his anti-European MPs) for British interests.

His most vehement opponents to the European project are sometimes described as obsessive to the point of madness. A more balanced account of the anti-European perspective comes from the Right Wing Spectator under the title Dave’s big push.

The entire crisis has been reduced in the UK to a story of one dominant leader, Angela Merkel imposing a German vision of the future of Europe achieving (perhaps reluctant) acceptance by Nicholas Sarcozy. This is the ‘Mercozy plan’ as it was being called this week.

David Cameron arrived and opposed the plan seeking concessions. This seems to have been anticipated by the majority of other leaders. He was quickly rebuffed. A Press statement by Sarcozy made it clear that unanimity among all 27 leaders would be not necessary. Agreement within the 17 members of the Eurozone (countries with the Euro currency)would be possible, even if it meant excluding any of 10 additional members of the European Union who had not espoused the common currency. In the event, only Britain chose to be excluded.

European Union leaders failed to get all of the bloc’s 27 members to back a change in the EU treaty to tighten their fiscal coordination as a decisive summit in Brussels ended its first day in the early hours Friday [Dec 9th 2011]. The leaders, who are still deeply divided over key elements of their crisis strategy, decided they would move to form a pact among at least 23 of the members to tighten rules on fiscal policies.

But details of the proposed treaty remained to be settled. The U.K. stood aside —after Prime Minister David Cameron failed with what officials said was a “shopping list of demands” designed among other things to protect national supervision of its banks—while Hungary, Sweden and the Czech Republic reserved their positions.

An Asian perspective suggested that the crisis in Europe had for the moment left China curiously more as a spectator than a major player in the economic outcome.

In India, a fall in its currency was attributed problems in the debt-infested region of Europe:

The Rupee ..was weighed down by pessimistic investor sentiments over growing concerns ahead of a summit later in the day to tackle the region’s festering debt crisis.

Exit David Cameron to polarized opinions in the UK. Within hours, the isolation of his position was clear as the leaders of the other 26 European countries of EU committed to action.

Immediate international reaction suggested that Angel Merkel’s view (even her ‘vision’) prevailed. The summit an agreement which at least averts the immediate fiscal chaos within the Eurozone.

The New York Times later evaluated the outcome as follows:

David Cameron [has been perceived as having] made a poor gamble in opposing the push by Mrs. Merkel and President Nicolas Sarkozy of France, embittering relations and possibly damaging his standing at home. Though some other countries, including Denmark and Hungary, initially shared Britain’s skepticism of the German-led agreement, only Britain ultimately rejected it.

This entry was posted on Saturday, December 10th, 2011 at 7:31 am and is filed under Uncategorized. You can follow any responses to this entry through the RSS 2.0 feed. You can leave a response, or trackback from your own site.