“Pat Riley and Sir Alex Ferguson couldn’t make it, but we are fortunate to have with us tonight instead…” 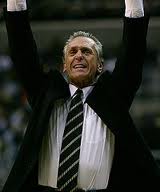 It had been a piece of accidental viral advertising. The plan had been to advertise a low-key event for Miami business people to learn about the Manchester Business School’s new programs there. To make the event more interesting, it had been suggested that the presentation should look at local hero Pat Riley, legendary coach of the Basketball team Miami Heat.

My counter-suggestion was that I would be better able to talk about Sir Alex Ferguson of Manchester United, a leader about whom I knew rather more. Eventually a creative compromise was reached, and the topic would be announced around the leader styles of both of the two great sporting figures.

Somehow, the media picked up on the event as publicizing Manchester United’s summer tour to America rather than Manchester Business School’s tour of Miami. The MBS Miami center office started getting enquiries which turned into a flood.

Maybe. Although an audience of disappointed basketball and soccer fans was not quite what the organizers were hoping for.

Here comes the substitute, to boos from the crowd

You couldn’t say that I saw what had happened as my great opportunity to come off the substitute’s bench and win over the crowd. It sounded too close to an earlier event I had been involved in. I can still picture the scene. It is of an after-dinner audience expecting to listen to Richard Branson’s thoughts about leadership. The chairman broke the news of a change of speaker:
“Ladies and gentlemen, Richard Branson could not be here this evening. But I’m sure you agree that we are fortunate instead to be able to listen to (consults notes) to our speaker (couldn’t find my name) who has agreed to step in at this late moment…” The audience did not seem to agree with the chairman. They looked palpably unenthused with the proposed substitute for Sir Richard. It was looking as if the chairman and myself were rated public enemies Nos 1 and 2.

I would like to say I won over that audience some years ago with a brilliant display of knowledge, wit and charm. But some merciful defense mechanism has blotted much of what happened from my memory banks. I can only recall the final flutter of applause, perhaps because I delivered on one promise, to be brief.

Time to fess up

Meanwhile back in Miami, the organizers had been frantically battling to deal with expectations, without wiping out the audience entirely. Maybe, I thought gloomily, I could fess up and tell the story about the time I stepped in for Richard Branson…

And remember what Pat Riley said: “You have no choices about how you lose, but you do have a choice about how you come back and prepare to win again.”

Maybe, just maybe, I will report what happened next in a future post.

This entry was posted on Sunday, July 24th, 2011 at 11:35 am and is filed under Uncategorized. You can follow any responses to this entry through the RSS 2.0 feed. You can leave a response, or trackback from your own site.