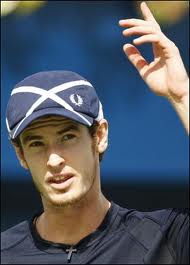 Nadal continues his astonishing winning streak on clay. It is no surprise to anybody that he beat Andy Murray in the Semi-finals at Monte Carlo, although romantic British commentators on Sky spoke briefly of momentum when Murray won a set.

Even winning a set against Nadal on clay is an achievement for any tennis player. Particularly so for a player such as Andy Murray, who has had such deep swings in his playing performances over the last two years.

A thought from leadership research

One thought from leadership research: the leadership maps remain unclear as to how easy it is for a leader to switch behavioural style according to circumstances. Behaviours can be consciously modified. For example, someone comfortable with a task-oriented style can recognise when people skills are needed, and act accordingly. However, under pressure, the tendency is to revert to the habitual and preferred style. High-level sports contests in general, and Murray’s performances as a specific example, confirm this general principle.

A pattern of setbacks

In January 2009 Murray played great tennis in the Australian open before losing in the final. The loss triggered a dismal series of further losses over a period of months. In January 2010 he again reached the final of the Australian open. Once again he lost without winning a set. Once again the loss was followed by a miserable run of form which extended to this week’s tournament at Monte Carlo.

Meanwhile, Murray continues to seek a coach that will help him make a step up to become a serious contender for Grand Slam titles. At present he is (again) ‘between appointments’.

If you always do …

If in trouble in a match, Murray often switches play and more often than not goes on to extricate himself from trouble. That being said, There are patterns to his play which together with natural talent make him one of the strongest players of his era. Yet in sport, as in strategy, there is no such thing as an absolute strength. Stylistic strengths have what are sometimes called ‘allowable weaknesses’. Murray is a great counter-puncher. This can sometimes be favoured and he is acc used of being unwilling to attack powerfully enough. His skill at breaking back lost serves may have contributed to his persisting difficulty in developing a reliable first serve.

Patterns of play can be broken. A great player, and Murray deserves such an accolade on various counts, can overcome weaknesses. It is not an impossibility that Murray will reach the final of a grand slam event several more times; winning one is not beyond the bounds of possibility. However, (and it is a big however), without some radical developments in his game, he may well remain one of the nearly greats who nearly achieved greatness in the eyes of the sporting world. He will remain an example of the maxim If you always do what you’ve always done you’ll always get what you’ve always got.