Grigor McClelland: A man for our times 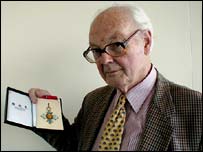 On April 8th 2011, Manchester Business School celebrates the career and contribution to business and management education its first director, Professor Grigor McClelland. His was a remarkable leadership journey with lessons that are proving relevent to the challenges facing business and the global economy in the first decades of the 21st century

The celebrations will include a conference with review papers written by distinguished figures providing perspectives on major issues for executives and business scholars.

My own involvement in the story began in early 1974. I was on the point of becoming appointed a research fellow. Grigor had been appointed first Director of the School some years earlier. In the spirit of those days, an informal meeting had been arranged to confirm the arrangements.

I was ushered into Grigor’s office, where I was welcomed in a charming and (dare I say it?) a rather patrician manner. We found mutual interests in entrepreneurship, innovation and retail product development. I began to wonder whether I had misjudged the situation and I still had a hurdle to cross before my appointment would be ratified. Was this really some kind of low-key interview? If it was, it ended amicably and he escorted me the door. Yes, he added cheerfully. I would enjoy working at Manchester Business School. And, he added, mistaking my residual Welsh accent somewhat, it would be good to have a fellow Geordie on the staff.

Although I did not know it at the time, Grigor had already been an influential figure in shaping the future of leadership training in the U.K. and instrumental in the formation of two major business schools, at London and Manchester. This was at a time when one authority had been quoted as saying that Business schools are about as British as drum majorettes, and that in fields where they believe success depends primarily on experience and instinct, the British only turn to teaching as a last resort.

Leaders of industry were largely recruited from two sources, an elite group with public school education, and a group rising through the ranks. Both groups were suspicious of formal training in management, and of the dangers of such training being delivered through a University system. Grigor McClelland arguably helped in a significant way in challenging these assumptions, although it is fair to say that the Universities were doubtful of the place of formal management education as part of the curriculum, and that the tensions have never been fully resolved a decade into the 21st century.

One of north-east England’s leading businessman is handing back his CBE as a protest against the war on Iraq. Grigor McClelland, former managing director of Laws Stores, Tyneside’s biggest family-owned food store, took the stand against Tony Blair’s decision to send in the troops.

“Now that my country has joined an attack on Iraq in, what I believe, is a breach of international law, I no longer feel able to retain the honour given to me. I hope this will be seen as a statement of the very deep concerns I have.”

A Newcastle Quaker, Mr McClelland was a conscientious objector and first saw service with the Friends Ambulance Unit in the Middle East, working as a stretcher bearer and ambulance driver.

This review was prepared as part of the McClelland 50 year celebrations by editor of Leaders we deserve web site, Professor Tudor Rickards who is a member of the steering group for the events. We invite alumni, current and former staff and students of MBS to contact us via the web-page set up for the conference.

This entry was posted on Wednesday, February 2nd, 2011 at 11:37 pm and is filed under Uncategorized. You can follow any responses to this entry through the RSS 2.0 feed. You can leave a response, or trackback from your own site.